Losing a child is a tragedy that no parent ever wants to consider, much less prepare for. Working adults and lower income earners, or benefit claimants, may be supported by initiatives like the Bereavement Support Payment, Bereavement Allowance, and the Widowed Parent’s Allowance. Depending on the age and employment status of the parents or carers, certain support can also be claimed in the form of a variety of lump sum and/or monthly benefit, and if a life insurance or funeral plan is in place this can also provide some financial comfort, yet there is no equivalent for grieving parents that fall outside of these criteria.  In almost all cases, the loss of a child will be exacerbated by the stress of having to organise a proper ceremony, alongside the accompanying financial strain.

“While nothing can ever remove the pain that bereaved families experience…the Children’s Funeral Fund will provide bereaved parents with much-needed support and I    am proud to have worked alongside such dedicated campaigners to make this important   scheme a reality.”

Why the scheme has been established

The Children’s Funeral Fund was championed by Swansea East MP Carolyn Harris, who has campaigned for greater support for grieving parents since she lost her own eight-year-old son in 1989. Parties across the commons came together in unified support for a fund dedicated to helping parents cover the costs of their children’s ceremonies back in 2016, and after diligent campaigning, the fund came into action on 23rd July 2019.

Although the need to support parents in such a dark time is self-explanatory, the facts and figures that accompany the emotional reasoning are just as heart-breaking. According to the Independent, 6,000 children below the age of 18 pass away in the UK every single year. As many as 3,400 children are lost during pregnancy after twenty-four weeks. The Children’s Funeral Fund can help alleviate some of the financial burden for thousands of grieving parents across the UK, every year.

The Children’s Funeral Fund provides for a set of stipulated fees and expenses under certain conditions. Parents of children under the age of eighteen, and stillborn children who pass after the 24th week of pregnancy, are eligible for support if the ceremony is taking place in England. Other forms of support are available for people elsewhere in the UK, such as the Funeral Support Payment in Scotland. Funds can be used to help cover various costs, including the erection of a memorial. You can find a full list of eligibility criteria and claimable fees in the government’s own technical guidance sheet. We have provided a link to this sheet below:

How Much Does the CFF Cover? 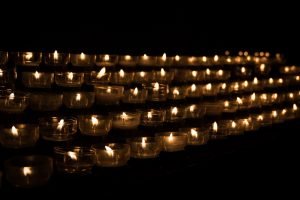 Capital Life Funeral Plans: Support When You Need It Most

Capital Life Funeral Plans is a customer-focussed funeral plan provider operating across the UK. In this blog page, we aim to share industry news that may be relevant to you or a loved one, so you are informed of the avenues available to you when you need bereavement support.

If you need any more information about the Children’s Funeral Fund, we recommend visiting the official government website where you will find advice on how to arrange a funeral and where to find bereavement services through your own local council.

“helping our customers to plan their funeral with respect and care”

The Capital Life Funeral Plans brochure is available to view and download today.

Capital Life have a range of plans and payment options. Our plans can also be tailored to give you the perfect send-off.

Request a call back

One of our friendly and helpful team members will be in touch to help you find the plan that’s right for you.

Send us a message